If you’re a user of Netflix’s Watch Instantly service you’ve no doubt come upon at least a couple videos that are too quiet to hear without straining, even with your speakers cranked. Mac users: Fear not. The audio-twisting protozoans at Rogue Amoeba have an app called [Audio Hijack Pro][hijack], the Swiss-army knife of Mac system audio. In addition to letting you record audio from any Mac OS X application (while it is running), it also allows you to apply various effects to the live audio stream. Obviously, in order to use Audio Hijack, you have to [download it][hijack]. Do so. 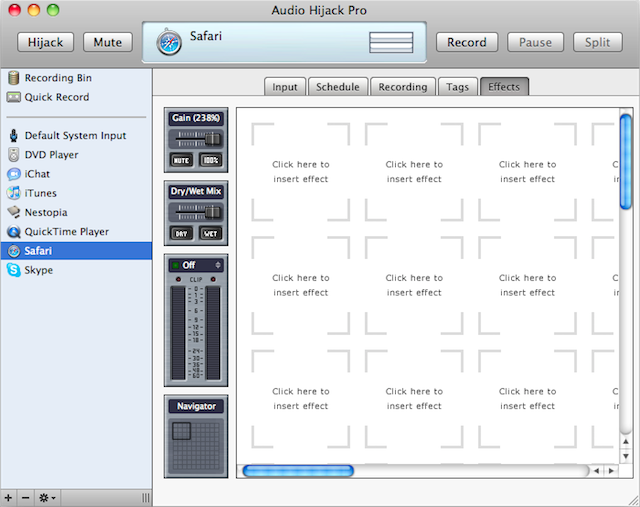 ### 2. Start Playing The Movie on Netflix