I’ve found things are easier when I post these periodic reminders of where I am doing stuff online these days, and how people can get at me or support me or both. A few changes from our previous edition in April 2021. Bold items are new. You can find a constantly updated version of of this on my About page. As of right now you can find me at the following online haunts:

Now available on the Substack, issue 39 of my weekly newsletter. In it, I discuss the labors of the week: Marathoning season 1 of One Punch Man and both seasons of I Think You Should Leave.

Cold off of last week’s presses, here is the new edition of Phil’s Newsletter. Inside: A tiny keyboard, and a ton of Good Links.

So what if real baseball is back, let’s get weird again!

Check out this episode of Start From The Beginning featuring my brother Charles Nelson.

In last week’s continuing adventures of Me, we bought some gay wrestling merch, beat River City Ransom, and I made some shitty music. Read all about it on my Substack

Go and get the latest issue of my newsletter, where I wrote about a deeply personal and kind of painful memory. Hooray!

How do you make sure your annoying popup is shown on top of every other element in the page, when you don’t know how many there are, who wrote them, and how bad they wanted their elements to be on top? That’s when you set your z-index to 100, or maybe 999, or maybe, just maybe 99999 to be really sure yours will win. That, at least, is how I write my CSS. In the rest of this post, we will look at millions of z indices to see what everyone else does.

Of course, if you make websites for a living you’ll find this interesting. Like most things available here.

Catnip for the doomed gamer generation:

In 2010, an obsessed gamer designed the perfect game of Sim City. Achieved through a repeating pattern of clustered high rises, “Magnasanti” exposes the hellish consequences of top-down civic design. In his new documentary, John Wilson explores how New York City is creeping closer and closer to realizing this fictional metropolis.

Works great with Love2d, and so I am using it in a new (surprise!) wrestling-based project.

Just in case you needed more reasons that Facebook is a morally corrupt drain on our entire society, Gizmodo went deep and forced FB to admit to this practice (after they denied it several times).

If you’re still working at Facebook…. why? Is the money that good?

Galencia, the 2017 Commodore 64 Game of the Year, is now available on Steam.

That’s right, a brand-new honest-to-goodness Commodore 64 game in all its 1980s glory ported to your PC (Mac coming soon). Full disclosure: Developer is a friend of my co-worker.

While looking for ways to activate the developer menus left over in Animal Crossing, including the NES emulator game selection menu, I found an interesting feature that exists in the original game that was always active, but never used by Nintendo. In addition to the NES/Famicom games that can be obtained in-game, it was possible to load new NES games from the memory card. I was also able to find a way to exploit this ROM loader to patch custom code and data into the game, allowing for code execution via the memory card.

There’s a lot of nuance to this, too. For example, there are 5 distinct fill styles (hachure, solid, zigzag, cross-hatch, or dots) and it supports Web Workers with the optional Workly library.

Unnaturally tempted by this project, which has created a common platform for cartridge dumping w/ standard adapters for the major consoles. It auto-recognizes which type of cart you connect, too!

The Universal Mega Dumper (UMD) is a game catridge read/writer project designed around a Teensy++ microcontroller. The universality comes from the UMD’s ability to support many different types of catridge connectors by having general purpose 16 bit data and 24 bit address paths along with a dozen control signals – all of which can be customized for each game cartridge mode.

More on the project page.

In a post on MetaTalk, cortex lays it out for us. The site is currently running at about an $8,000/mo. The vast majority of their operating costs go to pay for kind, thoughtful, moderators and the folks who keep the servers running. If you can afford to support Metafilter, do it. The internet needs independent spaces like Metafilter.

Looks like a heck of a swiss-army-knife of a tool. It’s node-based, supports CoreML image classification and sorting, and yep… it supports AppleScript. FM’s suggestions for new use cases contain fun, weird, stuff like “Read an image from the clipboard, apply a drop shadow, and write it right back to the clipboard to paste into another app.”

Retrobatch is available as a 14 day free trial, and licenses start at $29.99. Props to Flying Meat for being one of those third-party Mac development houses that just keeps going.

A gorgeous VR version of the SMW map, rendered in Google Blocks. There is a video of its creation, too.

A font constructed entirely by CSS. It is, essentially, a programmatic realtime typeface. I love how it degrades for older versions of IE: 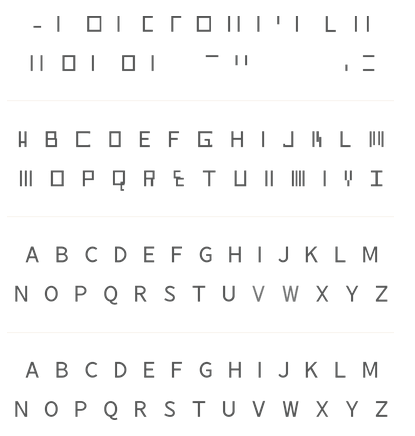 It’s not what I’d consider practical for production use. Still, CSS Sans is a hell of a demonstration of how far CSS has come since Microsoft shipped Internet Explorer 3 in 1996, which was first browser to implement some of the CSS1 spec (CSS v1 was not yet a W3C recommendation).

Zeynep Tufekci with some strong medicine, for Wired:

In 2003, one year before Facebook was founded, a website called Facemash began nonconsensually scraping pictures of students at Harvard from the school’s intranet and asking users to rate their hotness. Obviously, it caused an outcry. The website’s developer quickly proffered an apology. “I hope you understand, this is not how I meant for things to go, and I apologize for any harm done as a result of my neglect to consider how quickly the site would spread and its consequences thereafter,” wrote a young Mark Zuckerberg. “I definitely see how my intentions could be seen in the wrong light.”