Gunpei Yokoi’s legacy is one of sensible choices and thoughtful compromise. I admire him greatly as a professional. Jeremy Parish has a retrospective on Retronauts.com:

Yokoi liked to create gadgets. More than that, he liked to come up with clever hacks. He had a keen eye for simple but unexpected ideas that would translate into fun toys, along with an unerring sense of how to make those products affordable for the widest audience possible. Rather than saving costs by using cheap materials, Yokoi preferred to match low prices to premium quality production by making cuts at the conceptual level.

The announced it by way of a little microsite. The KORG apps for DS are a ton of fun, I have a feeling this one will be even better.

What a zany thing to have existed:

This is the instructional video that was bundled with the Singer IZEK sewing machine/Game Boy Color combo. Hopefully this will help others who may be struggling to set up or operate their IZEKs or for those who just want to enjoy awesome VHS goodness!

Praise be to the gods. Every issue, every cover. What a resource.

UPDATE 8/11/2016: Nintendo poured cold water all over this a few days later. Bummer. 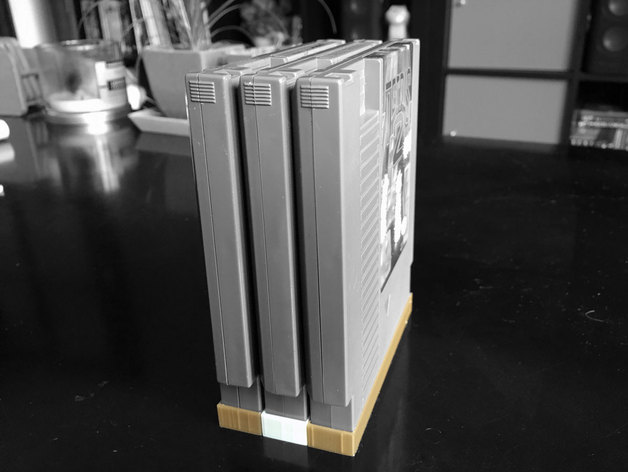 I designed this simple NES cart cover to use as little material as possible, but still be robust enough to print even on janky printers. Hopefully this will help keep your NES carts safe and sound for future generations. It’s available on thingiverse for the low price of FREE.

A long excerpt from Blake J. Harris’ new book, Console Wars, which I am very much looking forward to.

No jailbreak required, compiles and deploys in Xcode like any normal app.

Nintendo announced this morning that its 3DS has gone on to sell more than 5 million units in Japan — likely thanks to key holiday releases, the system’s price-cut, and other factors building momentum for the portable.

Useful if you have a website which is trying to target 3DS users specifically. Includes the user agent string, actual screen dimensions, and some HTML5 tricks to make it behave.

“Where we’ve drawn the line is we are not looking to do business today with the garage developer. In our view, that’s not a business we want to pursue.”

Small developer shops are only ever going to be able to do more and better things. Tiny Wings would make a lovely 3DS game, but we’ll probably never see it. Nintendo’s dogged insistence on sticking with their old ways of dealing with developer licenses is only helping iOS.

The way Nintendo interacts with licensees hasn’t changed in 20 years. It’s going to have to, and sooner than they think.

If I didn’t know better I’d think this was written just to get me to link to it. Though it is obviously missing a Bo Jackson award for “most unstoppable motherfucker.”

To go with the pure-JS NES and GameBoy emulators, here’s a port of the 1991 classic Another World in plain ‘ol JavaScript. Impressive. For now, it shares the same problem as the aforementioned emulators: No sound support.

An experiment in beating the original Super Mario Bros. for the NES while getting the lowest possible score. This guy managed to do it while only getting 700 points. Just getting one power-up mushroom gives the player 1,000 points, so this is no mean feat.

Incredible demo video from one of the entrants in the Super Mario AI competition. mentioned previously on Extra Future. See also: The project page, which explains the process behind the AI.

The developer says he’ll release the source code once the contest is over.

Write a Mario Bros-playing AI in Java and win some money and nerd fame. I can see myself spending a lot of time with this.

This is very good news if you’re a fan of roguelikes. Shiren The Wanderer for the DS is one of my favorite games.

Tecmo Super Coach is a ROM hack for Tecmo Super Bowl (NES) that adds and changes a whole bunch of stuff.

In short: Context is king. His central theme seems to be that simply looking at the rulesets of old games is missing the point. The platform itself informs the game to a huge degree.

Following the Xbox Live Arcade codes, this is no surprise, but nice to see. Also of interest to me: Amazon does not allow their associates to get commissions on these cards. Profit margin must be close to zero, if not into the red.